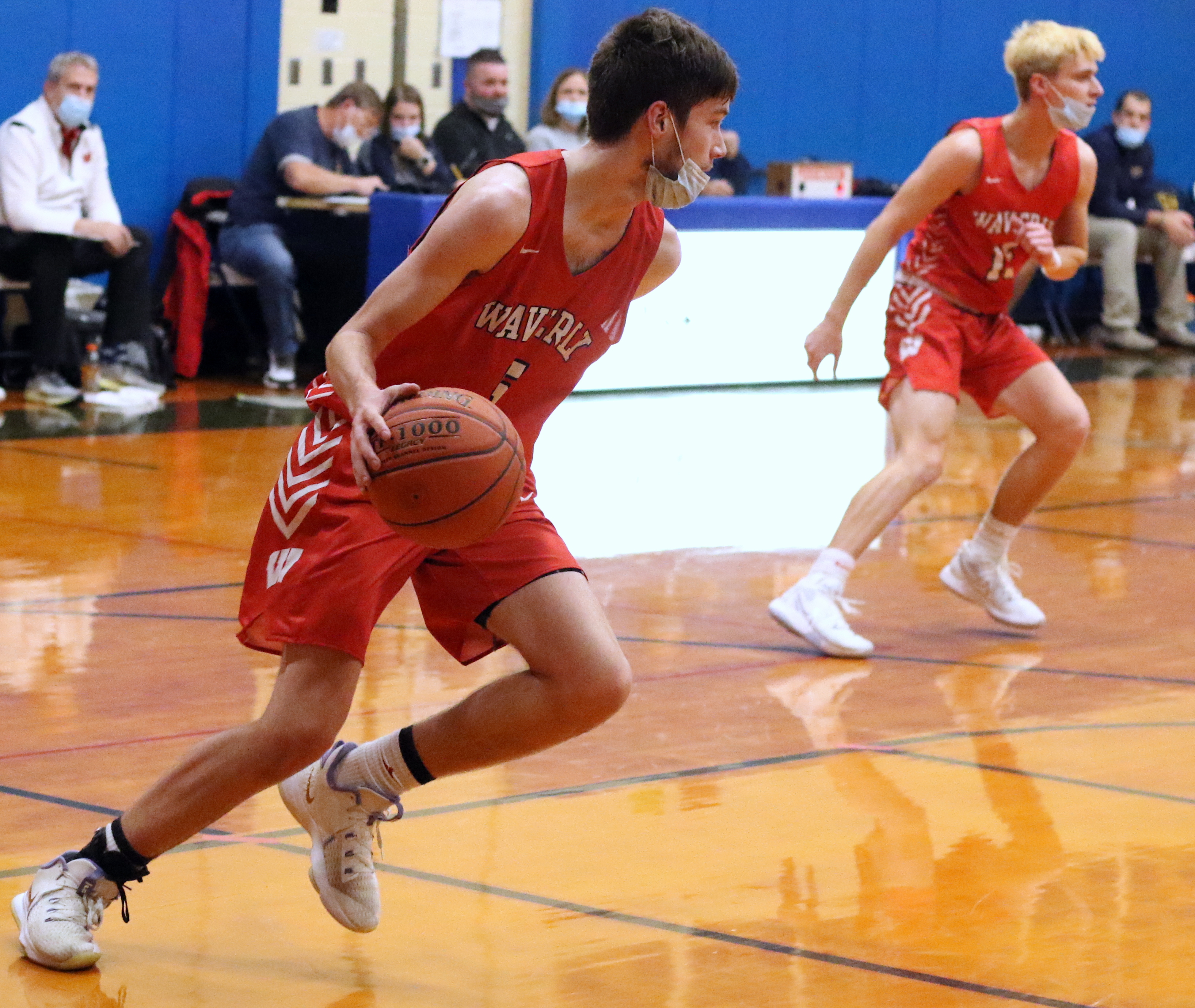 “This is the team I expected to have this year, and they showed up tonight,” said Waverly coach Lou Judson.

“We came out blazing … on-fire, we had six 3-pointers in the first quarter,” he noted. “We shot the ball really well, and we were connected on the defensive end, and created a lot of havoc there.

“Going up 27-5 at the end of the first quarter, I think just kind of took their spirit away,” added Judson.

The Wolverines improve to 7-3 on the season, while Bobcats fall to 7-3.

“Lansing is a pretty good basketball team … they are honorable mention in the state in Class C,” said Judson.

“We knew going in on their home floor, it wasn’t going to be easy, but we came out with a lot intensity and a lot of energy.

Brennan Traub scored six more points and knocked down his fourth 3-pointer in a 12-7 second-spurt that sent the Wolverines into the halftime locker room with a 39-12 lead.

Senior Liam Traub joined the 3-point barrage in the third quarter, knocking down a pair of treys and scoring eight points as Waverly added one point to its advantage and led 50-22 entering the final eight minutes.

Senior Tyler Talada connected on Waverly’s 10th 3-pointer of the game in the fourth quarter, and seven different Wolverines put their name in the scoring column in the final eight minutes, led by senior Declan Murphy’s four points.