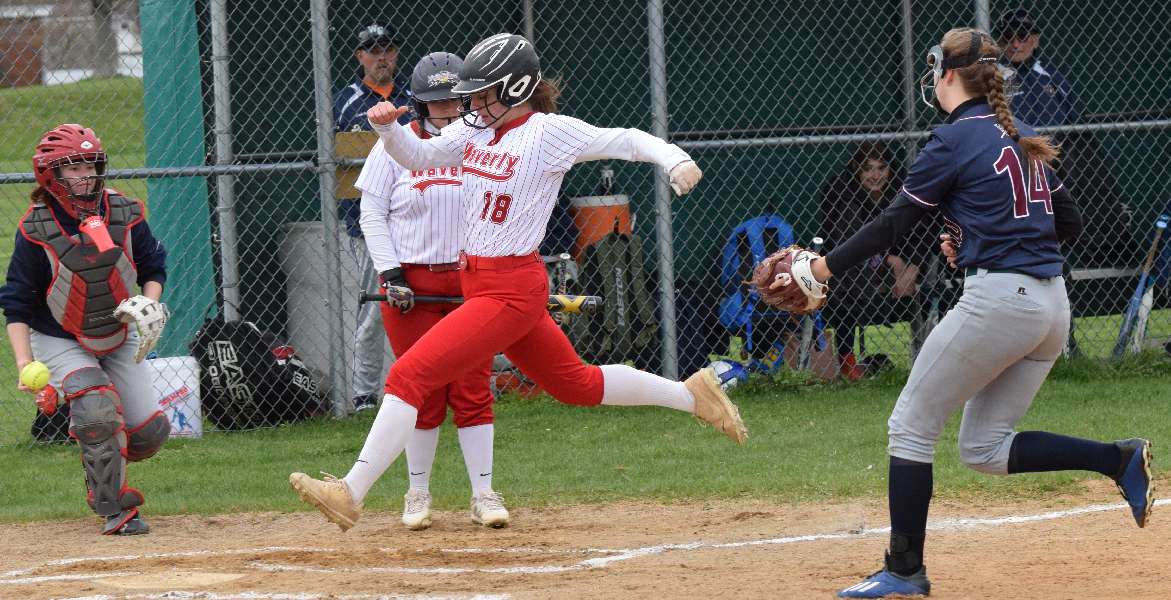 WAVERLY — Waverly erupted for 12 runs in the bottom of the first inning, and cruised to a 19-1 five-inning win over Watkins Glen in IAC South Large School Division softball action on a cold Wednesday afternoon.

Sophomore Olivia Robinson was the beneficiary of the offensive onslaught, earning the win in the pitcher’s circle. She allowed one unearned run on three hits, while striking out seven and walking two in five innings.

Senior Bella Romano knocked in the first run of the game with an RBI single. Sophomores Natalie Lauper and Faith Blauvelt added RBI singles to make it 7-0, and sophomore Peyton Shaw belted a two-run double to run the lead to 9-0.

Waverly added one run in the second inning, and six more in the fourth.