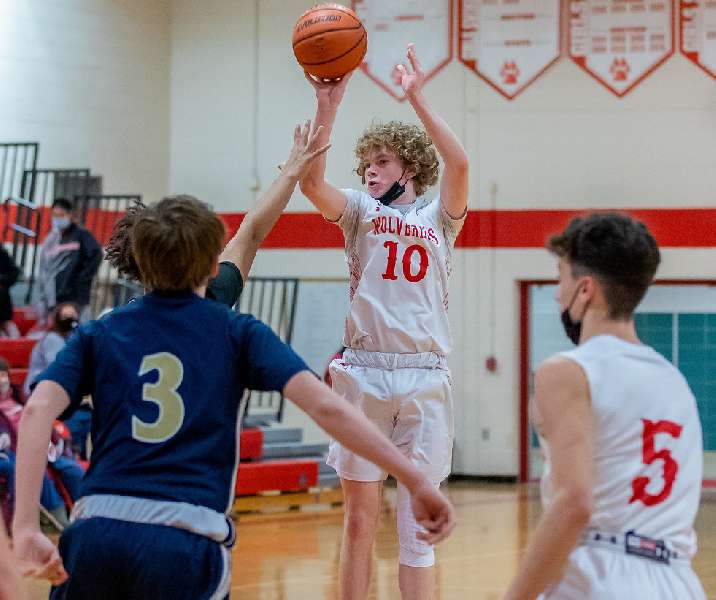 WAVERLY — Waverly raced out to a 19-2 lead, and cruised to a 60-29 win over Notre Dame to clinch the junior varsity boys basketball IAC South Large School Division title.

The division title is 10th in 14 years for coach Michael Croft, who registered his 200th career win earlier this season.

Carter George scored five points, including an old-fashioned three-point play, and Jake VanHouten added four as the Wolverines opened the game with a 15-2 first-quarter run.

Jon Searles added a bucket, and VanHouten made two free throws in the opening minute of the second quarter to stretch lead to 19-2.

Searles scored six points in the third quarter, and Nehemiah Anthony connected on a 3-pointer in a 15-10 advantage that gave the Wolverines 43-20 lead heading into the final eight minutes.

Bryce LaForest knocked down a 3-pointer and scored five points in the final stanza, and Searles added five points as Waverly put the game away with a 17-9 run.

Searles led Waverly with 17 points, 13 rebounds, two assists, and one blocked shot, while VanHouten had 14 points and 10 rebounds, and LaForest had nine points and three boards.

George added eight points, eight rebounds, and three assists in the win, while Anthony chipped in with seven points and five rebounds, and Ben Shaw pulled down four boards.

Waverly is scheduled to play at Watkins Glen Friday.