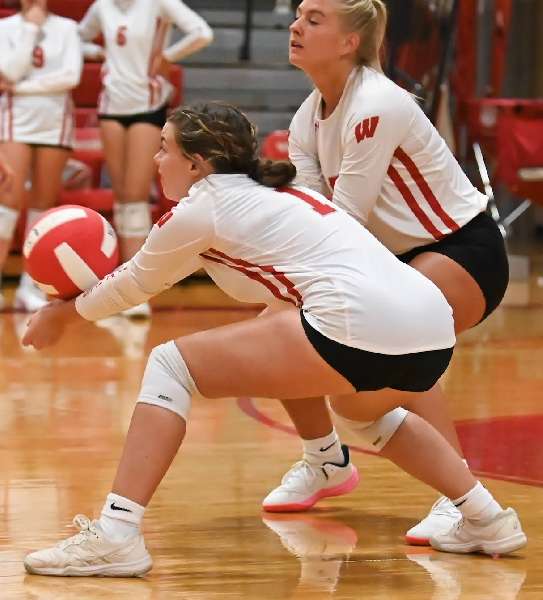 WAVERLY — After a brief struggle in the first set, Waverly cruised to a season-opening sweep of Odessa-Montour here Wednesday evening in IAC South volleyball action.

JV: Waverly swept the junior varsity contest by scores of 25-9 and 25-12. Zaela Lane led the junior Wolverines with 15 points, including eight aces, and two assists, while Adrianna Presher had 13 points, including 11 aces, Maddy Farnham added seven points — all aces, and Lauryn DeLill chipped in with two points (two aces) and three kills.