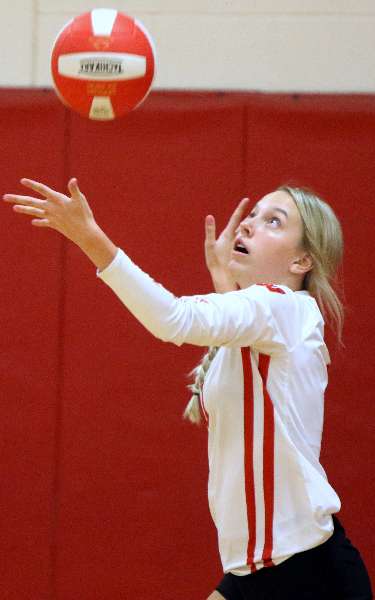 WAVERLY ROLLS TO SWEEP OF CANDOR

“The team played a great game tonight,” said Waverly coach Charity Meyers. “All the girls were on top of their game and served really well.

“They kept the energy up and had a great attitude on the court,” she added.