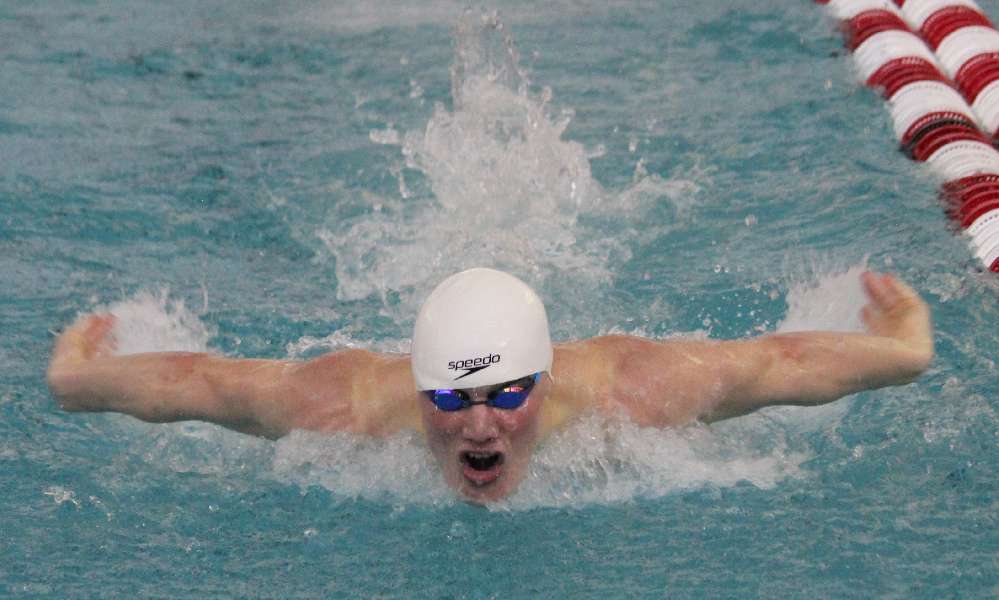 Wheeler, Sackett, and Clark were joined by junior Oscar Williams on three winning relays, including a pair of record-setting swims.

Wheeler, Oscar Williams, Clark and Sackett also won the 400-yard freestyle relay in a time of 3:21.79.

Sackett also established a new meet record in the 50-yard freestyle, clocking in at 21.67 seconds, while junior Sheldon Huddleston was eighth in 25.42 seconds, freshman Nate Peters was 12th in 28.21 seconds, and senior Caleb Ovedovitz was 16th in 31.96 seconds.

Lansing won the team title with 510 points, while Watkins Glen / O-M was second with 376 points, and Waverly was third with 306 points. Southern Cayuga placed fourth with 259 points, and Dryden was fifth with 145.

Waverly returns to action Thursday at the Section IV Class B Prelims Wednesday at Maine-Endwell.