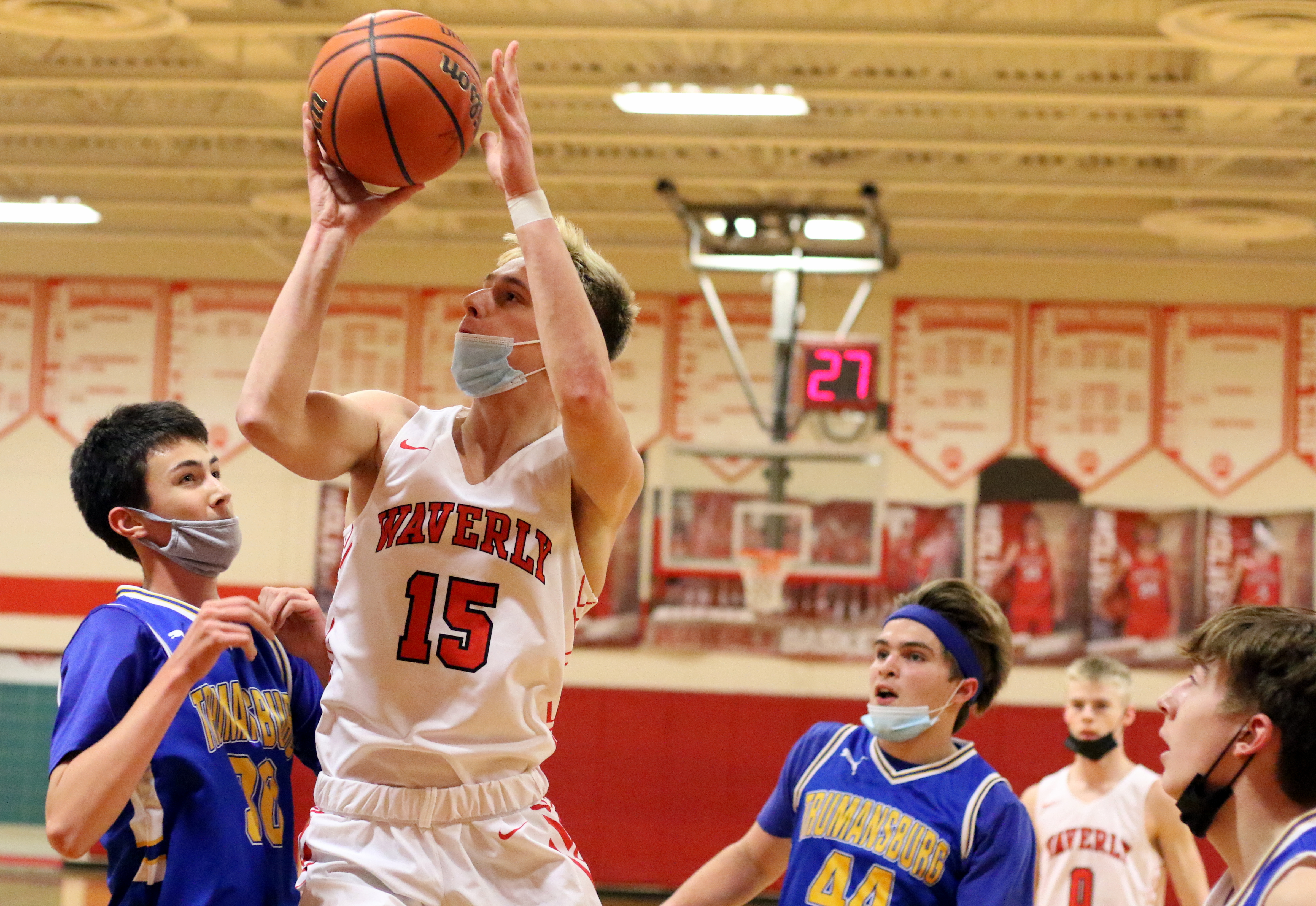 “I think our full-court pressure got to them, which led to some easy buckets in transition,” said Waverly coach Lou Judson. “And, I thought we rebounded the ball really well tonight. We had guys crashing the offensive glass and getting some easy putbacks.

“I thought we gelled and played very well,” noted Judson. “We made the extra pass tonight, which is nice, and hit the open guy.

“It was a good win on the road,” he added.
Senior Brennan Traub knocked down a pair of 3-pointers, and sophomore Joey Tomasso also scored six points, while senior Davis Croft added five points, including a traditional three-point play, and senior Tyler Talada canned a 3-pointer to help Waverly to a 22-6 lead at the end of the first eight minutes.

Tomasso scored six more points in the second quarter, while junior Nate DeLill had five points, senior Liam Traub and Davis Croft added four points apiece, and sophomore Jay Pipher canned a 3-pointer in a 23-9 run that extended the Waverly lead to 45-15 at the half.

The Wolverines continued to increase their lead in the third quarter in a 19-7 run, fueled by five points by senior Liam Traub, and 3-pointers by Tomasso and Talada, to up their advantage to 64-22 heading into the final eight minutes.