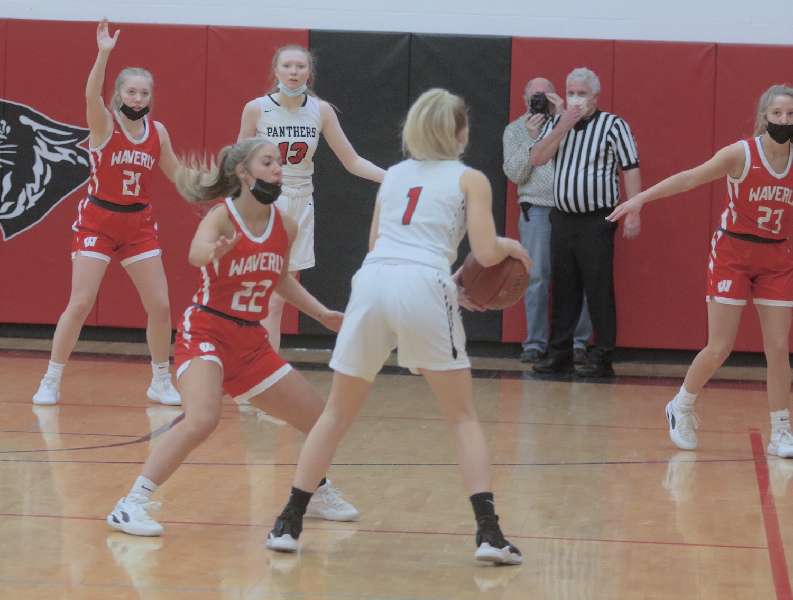 SPENCER — Waverly took the lead early, fended off a second-quarter rally, and pulled away in the second half for a 52-40 win over S-VE here Saturday afternoon in IAC girls basketball action.

Junior Kennedy Westbrook knocked down a 3-pointer and converted an old-fashioned three-point play to help Waverly to a 13-6 lead after the first eight minutes.

Rhianna Lawrence canned a pair of 3-pointers and Hannah Martinez added five points for S-VE in a 16-12 run in the second quarter that trimmed the Waverly lead to 25-22 at the half.

Sophomore Peyton Shaw scored four points, and senior Olivia Shaw drained a 3-pointer to help Waverly to a 14-10 advantage in the third quarter, pushing the lead back to seven points, a 39-32, entering the final eight minutes.

Senior Lourden Benjamin connected on a 3-pointers and made a pair of free throws in the fourth quarter as Waverly knocked down 6 of 8 from the charity stripe to seal the win.