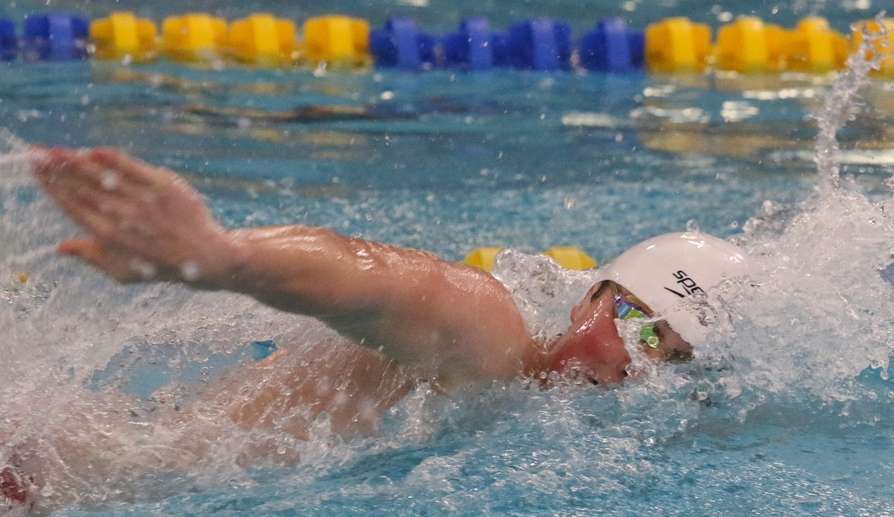 Williams held off a late charge by M-E's Carter Czebiniak during the anchor leg for the victory. The Spartans finished with a time of 1:29.94. The Wolverines came into the race with a time of 1:31.94 and also eclipsed the state cut time.

It was the third win of the meet for Sackett and fifth for the Wolverines, which finished second in the team standings behind M-E.

Waverly coach Josh Mastrantuono was pleased with the team's performance.

The Spartans collected four wins, but their depth and experience were key factors in securing the team title. M-E has 13 seniors on its 39-man roster while Waverly has three seniors on a roster of 16.

Williams captured top honors in the 100 backstroke, posting a time of 57.92 seconds to touch the wall just ahead of M-E standout Strati Anastos (:58.09).

Waverly was the runner-up in the 200 medley relay with Williams, Clark, Wheeler and Sackett registering a time of 1:40.98.

Several of the Wolverine swimmers will be gearing up for the state championships being held March 4-5 at Ithaca College.

It's been a pretty special season for the small, youthful team.