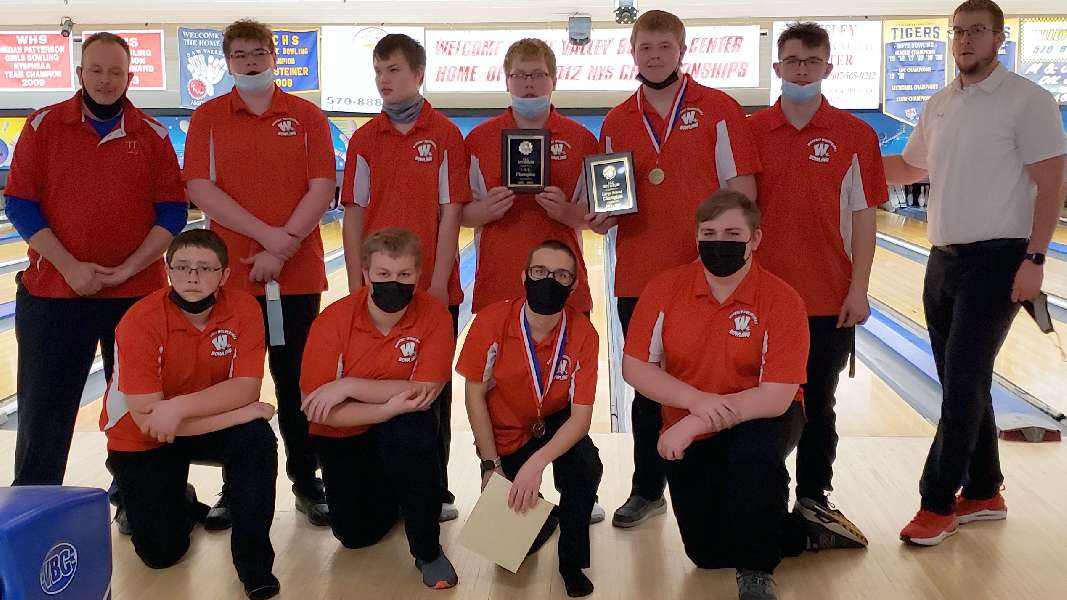 WAVERLY — Junior Zach Vanderpool banged out a 700 series, and junior Ashton Pritchard added a big 600 series to lead Waverly to the team title Saturday afternoon at the IAC Bowling Championships here at the Valley Bowling Center.

Freshman Dom Wood shot a 599 series including games of 203 and 220, while sophomore Trenton Sindoni had a 542, 8th-grader Derek Johnson added a 540, and 8th-grader Tristan Campbell tacked on a 466.

Waverly will return to action Friday afternoon at the Section IV, Class Championships at Midway Lanes in Vestal.