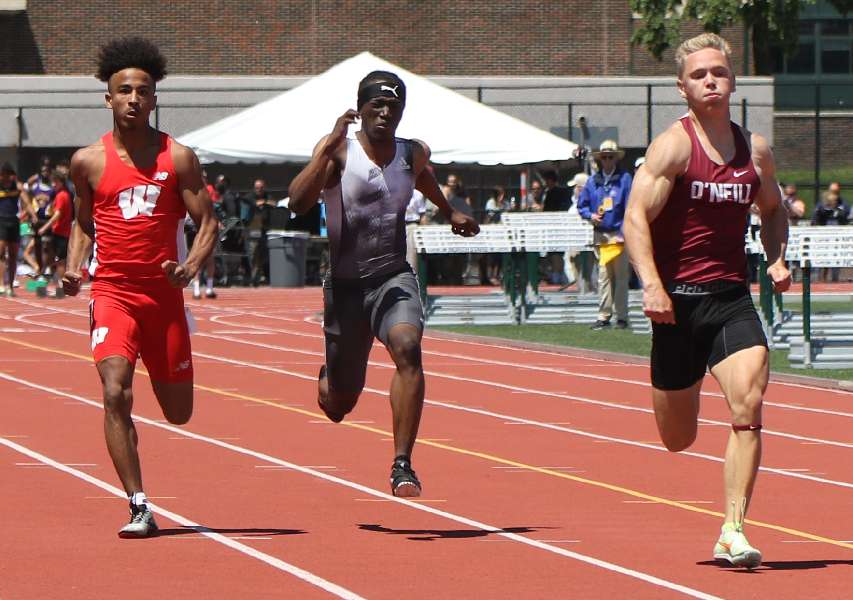 CICERO — In his first year, Waverly junior Kayleb Bechy not only qualified for the New York State Division 2 Track & Field Championships, but saved his best for last — posting his career-best time in the preliminaries of the 100-meter dash.

Bechy notes he could have had a little better start to his race.

“My block start was all right, it could have been better.

“I really need to focus on my block starts because my top-end speed has been carrying me through the races,” said Bechy.

Waverly coach Dave Hogan said Bechy may be a little too hard on himself.

“We’re all happy with Kayleb’s performance. To see him take his seed five places higher, especially for a first-time athlete on this stage, is pretty neat.

“We’re always impressed when he runs,” said Hogan. “He kept cutting his time all season, right up to the very end; not everyone gets a chance to do that.

“I thought he ran a real smooth race, and our entire coaching staff agreed,” added Hogan. “He’s starting to get a little analytical with his block starts, which is a good thing. He might be over-analyzing that a little bit.”

Coming into rookie season on the track team, Bechy didn’t harbor any illusions of getting to States.

“I had no idea I could get here (States),” he said. “I just ran track to get a little faster for football; that’s really it.

“I’ll be back next year, and I’m going to do indoors,” Bechy added.