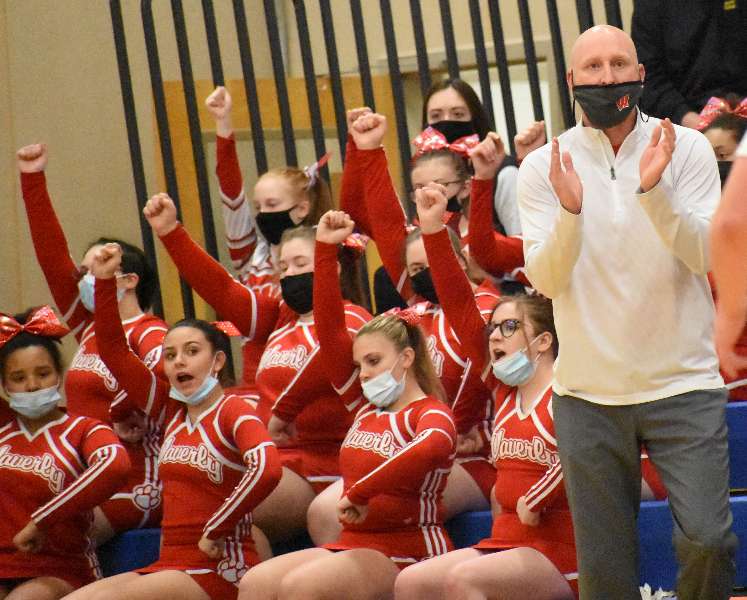 ELMIRA HEIGHTS — Waverly’s defense forced the issue, and the Wolverines blew the game wide open in the second quarter on its way to a 90-30 rout of Thomas A. Edison here Monday night in IAC South Large School boys basketball action.

“I think our depth and our guard play was pretty solid early on,” said Waverly coach Lou Judson. “Our press really bothered them … and a lot of our offense was created from our defense.

“And, we shot the ball pretty good, too,” he added.

Sophomore Joey Tomasso pumped in 15 points in the first quarter, and seniors Liam Traub and Davis Croft each scored four to help the Wolverines to a 26-13 lead after the first eight minutes.

Senior Brennan Traub buried a trio of 3-pointers and scored 11 points, and senior Brady Blauvelt added four points in a 21-2 blitz that extended the Waverly lead to 47-15 at the half.

Seven different Wolverines put their names in the scoring column in the third quarter as part of a 26-9 run that put them up 73-24 entering the final eight minutes.

Waverly recorded 23 steals in the game, including 15 in the first half.