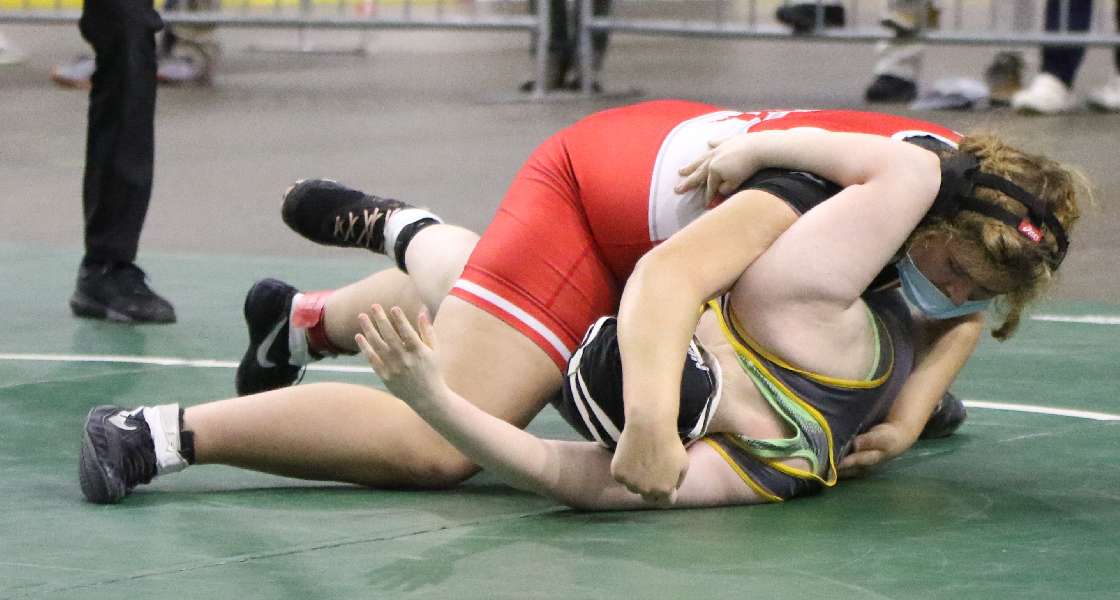 LaForest opened her day in the six-girl, round-robin, 215-pound weight class with a 3-2 decision over Harry S. Truman’s Sujeydy Matos.

After two scoreless period, LaForest took a 1-0 lead early in the third period on a penalty point, then added a reversal two seconds later to take a 3-0 lead. She rode top for 97 seconds, before Matos scored a reversal with 4 seconds remaining in the the match.

In round 2, LaForest was pinned by eventual champion Kelsey Squires of the Team Alpha Girls Wrestling Club out of East Islip, Long Island. Squires finished the day at 5-0 with five pins.

LaForest bounced back in round 3 with a 65-second fall of Kadesha Moussa of Harry S. Truman.

In round 4, LaForest forged a 4-0 win over eventual third-place finisher Rebecca Silber of Beat the Streets off New York City.

LaForest scored a takedown midway through the first period, and rode out Silber for the final 65 seconds to take a 2-0 lead in the second period.

Silber chose top to start the second, and rode LaForest for the entire two minutes, but was unable to turn her for any points.

LaForest chose bottom in the third period, and sealed her win with a reversal in the closing seconds.

LaForest closed out the day with a pin of Shelby Luberisse of Beat the Streets in 1:34 to clinch her second-place finish.